[The power of investment]

Watching football at the pub with the lads is a favourite male pastime in the UK – but James Lang and his friends thought they’d make the whole thing somewhat more exciting. Every Thursday, they would pick three matches and try to predict who the winner was going to be. The guy with the best crystal ball won a beer from each of the others. Then Lang noticed something interesting: he could remember these games a lot better than the others (‘Small Teaching’ – p. 42).

Why does this happen? Lang gives us two answers:  i) increased attention and ii) emotional engagement. If this is the case, then this is something we could certainly use in class. But has it been tested? Well, consider the following study (‘Stumbling on Happiness’ – p. 116): researchers got two groups of children together. They told the first group that they would ask them some general knowledge questions (e.g.  ‘What is the longest river in the world?’) and then they would give them a reward for their participation – either a chocolate bar, or the answers to the questions. Guess which reward the kids went for… 😊 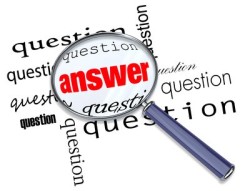 With the second group though, they did things differently: they asked them the  questions first and only then did they offer them the choice of reward. To everyone’s amazement, this time the children actually eschewed the chocolate in favour of the answers! This is completely counter-intuitive; before the study, the researchers had asked teachers and psychologists to predict what children would choose, and everyone had said they would choose the chocolate in both conditions.

The moral: Getting students to invest in an activity by getting them to guess/predict something is a sure way to motivate them. So how can we do this? We could get them…

… to guess the answers to the questions before giving them a text;

… to complete half-sentences before playing an audio/video track;

… to guess what certain numbers might refer to, etc. etc.

Or you could just get them to predict how a story continues. Take these three ads for instance. You ask students: ‘Why has this happened? What is going to happen next?

When the students have written a few lines about how each story unfolds, you play them the clip below. Enjoy!  😊

The Moral: To generate motivation, get students guessing!